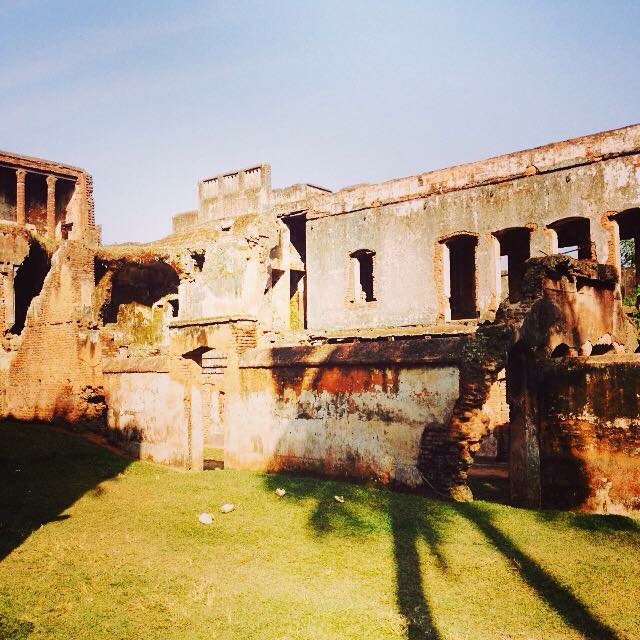 If you have a short layover in Dhaka, Bangladesh or if you’re a bit sick and tired of the Dhaka city life, it’s good to know that there’s a spot you can visit for some old-school wandering, pun intended. The historical city of Panam Nagar, Sonargaon lies a mere 1.5 hours away from Dhaka and is relatively easy to get to.

GETTING TO PANAM NAGAR

You can take a bus from Gulistan Bus Stand in Dhaka, but I would advise you to form a group (the more, the merrier!) and rent a car for the day. Try to leave Dhaka as early as possible i.e. by 7 a.m. on weekdays and by 8 a.m. on weekends, in order to beat the traffic. Once you get out of the Dhaka City limits, you will find yourself heading towards Narayangang (the area where Panam Nagar is located). Ask roadside stalls and shops at regular intervals and they will be able to advise you of the route. It’s actually quite fun – give it a shot. We did it ourselves and had a blast.

Beautiful Birishiri – Off the beaten track in Bangladesh

Colonial Bungalow, Sylhet: Living in the heart of the Tea Gardens

THE UNVERIFIED HISTORY OF PANAM CITY

Panam Nagar is also commonly referred to as the “Old Capital”. Wikipedia states: “As the capital of the fifteenth-century Bengal ruler Isa Khan, and once an important trading and political center, Sonargaon boasts architecture of the Sultanate, Mughal, and colonial periods.” It is rumored to have been quite something back in the day, as mentioned by one of the guards we met inside the complex. Apparently Sonargaon was  the end of a 2,500 kilometres trading route for merchants making the journey down from India, which gave the city a lucrative aura and made it an attractive place to settle in. 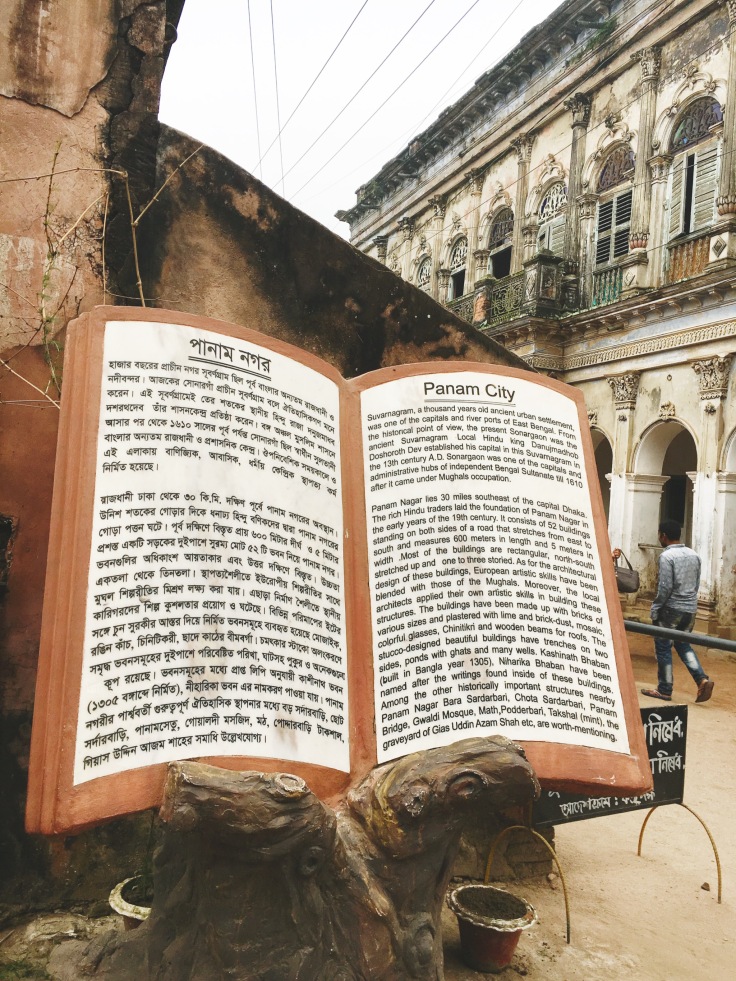 During my 2014 visit, no tickets were needed. However, when I revisited in 2017, there were security guards in place and a ticket system had been introduced – BDT 20/- for locals and BDT 100/- for foreigners.

WHAT YOU CAN EXPECT TO SEE: DETAILS AND PHOTOS

A city in ruins. Literally. I have been there twice – once in December 2014 and again in December 2017. My experience during both off these times was drastically different from each other.

In the Old Capital itself, expect to find a narrow road with dilapidated buildings on each side. There are roughly 50 or so buildings covering the entire area, all of them in varying stages of decay. When I visited back in 2014, the building doors were boarded up but we managed to find one partially un-boarded and sneaked in playfully, to explore and cherish the quietness. Once inside, the house was ghostly and eerily quiet. The floors were dusty and the walls had handprints on them. We make our way to the top floor and loved it. The sun streamed in through the pillars still standing, covered with climber plants. We happily posed away for photos. 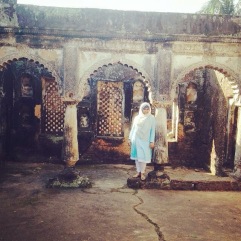 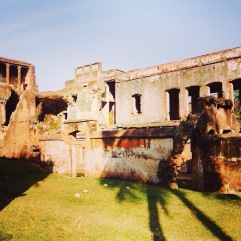 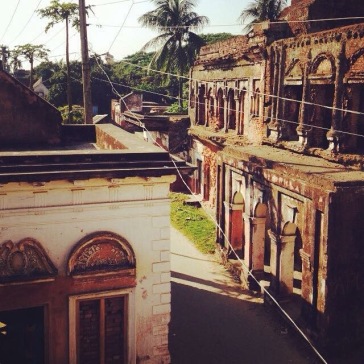 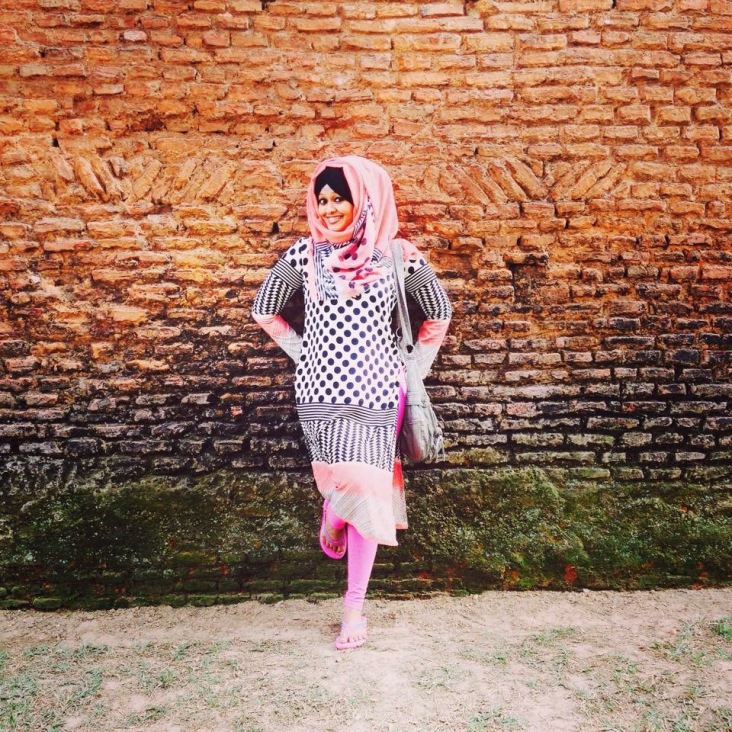 2017 was an entirely different story. None of the doors were open at all – they were all boarded up, completely. A representative asked us if we wished to check out one of the houses inside, and since my other friends hadn’t visited before, we said yes. He then went off to get a key. We waited for a while, got bored of waiting and then decided to just continue exploring on our own. 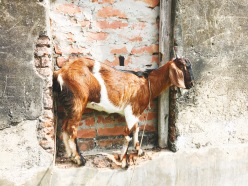 This is situated just 10 minutes walk away from Panam City and easily accessed by rickshaws (BDT 10/- to 20/-) on site. Our visit to the Museum in 2014 was pretty disappointing to be honest. The objects on display appeared unimpressive and organized in a haphazard manner. We were asked to refrain from taking any photographs inside and we complied with their request.

Don’t forget to grab some tea from any of the traditional tea sellers, either near the Museum or at Panam Nagar. 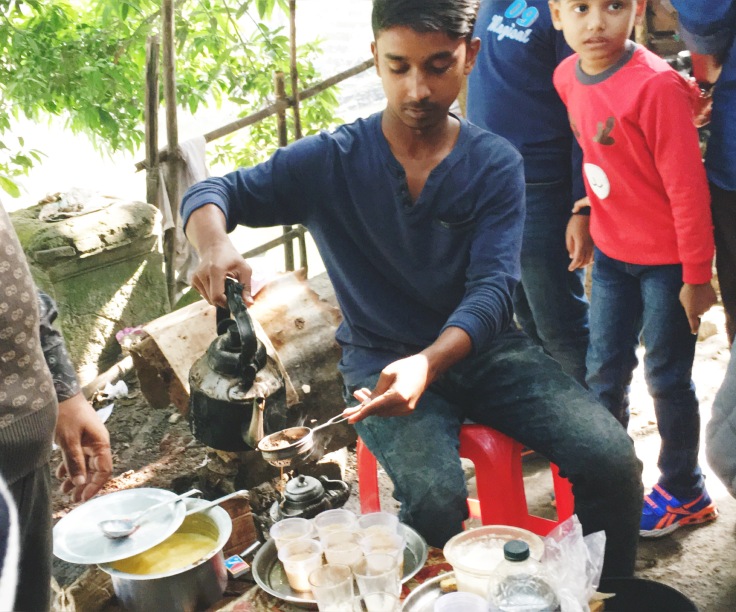 Cost: In 2014 we were not required to pay any extra charges to enter the Museum. We did not bother revisiting in 2017 because the earlier visit had left us unmoved.

Museum Grounds: This is a wide expanse of land, adjacent to the Museum and very green, nature oriented and well maintained. In 2014 we came across a cute Bamboo bridge, a small man-made hand operated ferris wheel, a balloon firing rack (also there in 2017, YAY!) and several “Fuchka” shops.

Sardar Bari and Lake: This is situated on the grounds of the Sonargaon Museum and was boarded up when we last visited, but is open now I believe. There is a small lake right in front of the Sardar Bari and visitors have the option of riding small paddle-wheel boats on the lake for a small fee of BDT 20/-.

There are no “fancy” restaurants in the vicinity, but tiny cafes where you can stop to have lunch. Remember to ask locals for their restaurant recommendations. We did that and were directed both times to pretty hygienic places. The food is pretty alright – just order whatever you are comfortable with.

BEST TIME TO RETURN TO DHAKA

It’s best to start for Dhaka at around 3 p.m. from Panam Nagar. This way, you will (hopefully!) be able to avoid the rush hour traffic that plagues Dhaka during the evenings. And, if you’re tired, you can always get some sleep on the drive back!